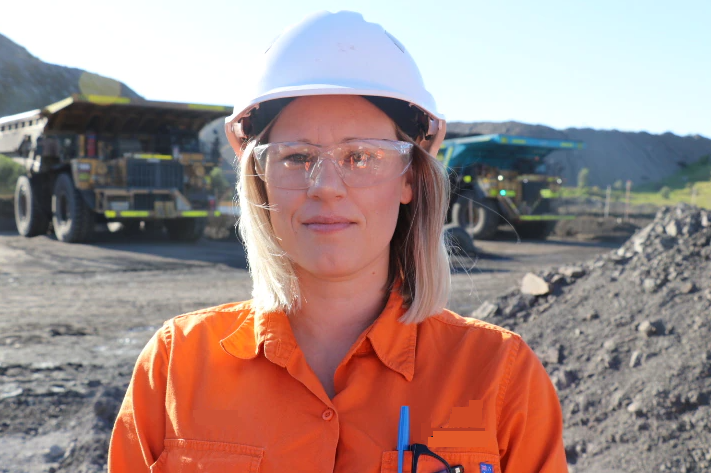 Australia’s multibillion-dollar mining industry has been accused of failing to protect women from predatory sexual behaviour. Sexual allegations and misconduct on mining worksites are a blight on the reputation of the whole industry. A parliamentary inquiry was shocked and appalled at the scale of the problem, saying victims had faced targeted violence, stalking, grooming and threats to their livelihoods.

After almost a year of investigations, a report called “Enough is Enough: Sexual harassment against women in the FIFO mining industry” was published. The Federal Minister says sexual harassment and sexual assault “is entirely unacceptable and must stop.” But how?

The report described the failure of the industry to protect its workers and raised real questions about why the government was not better across this safety issue.

“It is completely inexcusable and simply shocking that this could be taking place in the 21st century in one of the state’s most lucrative industries,” the chairperson of the report said.

The Report noted “We were surprised to learn that police checks on employees were not standard across the industry.”

A police check is nowhere near enough. In a previous Royal Commission relating to sexual misconduct, research submitted from Melbourne University found that a “Police Check and Referee Report” was “futile”. Three quick reasons: 1. Because most adverse allegations do not result in Police action or a court conviction. 2. Because of the nature of a referee who generally will not provide adverse information to a recruiter. 3. Because an external recruiter (for example) is financially incentivised and a specialist in finding and securing the right person from a competence perspective, not necessarily from a character perspective.

Another reason why some companies may not conduct a Police check is that 43% of complaints to the Human Rights Commission are due to criminal history discrimination. If a person has a so-called red flag, an employer may not have the internal HR processes to provide an unbiased, objective “risk assessment” by qualified screening assessors, covering more than six considerations (eg. the nature, extent & seriousness of the behaviour is just one consideration).

The Report did not review current workforce screening practices and how they compare with Australian Standards for employment screening. Nor did the report recommend for the industry to comply with them. This is strange.

Australian Standards 4811:2022 Workforce Screening must include a one-on-one suitability interview & assessment. A guide is here. The 4811:2022 includes an assessment of their initial suitability, ongoing suitability and assessing the risk as they separate from the employer.

The report called for the industry “to do more” to force perpetrators out of the industry not merely changing work sites or gained re-employment within the sector.  One of the biggest suggestions was for an industry-wide register of sexual harassers be developed so offenders cannot move between companies. If the HR and Security areas of each individual company complied with 4811:2022 then the industry would be well placed to reduce this behaviour, without another state based vetting unit bureaucracy (of which there are dozens and dozens) or a new sex pest register. How so? Because the industry has completed three risk assessments: before employment, during employment & after employment. Any adverse information is provided to Cleard Life and next time the candidate goes for a job – they will be interviewed and asked about the any adverse information that comes to light,  satisfying elements of natural justice and procedural fairness.

The committee recommends that the mining sector explore options for a register of sexual offenders which could resemble the working with children card. We believe that if the industry does not take the lead in this and leaves it up to the WA Government to create another vetting unit, this time for mining, that it will not address the key risks & issues. There are deficiencies to consider: 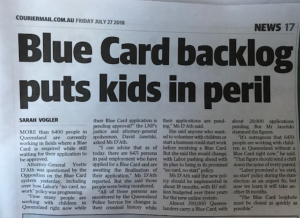 Don’t call for a Royal Commission!

A Mining Royal Commission will simply uncover the un-fantastic realisation that the Sex Abuse and Aged Care Industry have already found though their Royal Commissions: “Employers – do more vetting and don’t rely on a government card.” Details here

By improving public/private collaboration, a register is considered a complex legal area but it would help companies tackle sexual harassment (we think we have cracked it). One leader said “I think industry would appreciate a bit more clarity on how to report, when to report, who to report to. And as difficult as it is, if there is a register that could be done legally, it would help us with background checks.”

Although there is an MOU between the mining companies and policing agencies directly, it cannot protect the employer from criminal history discrimination. The MOU does not include screening for counter-productive workplace behaviours not referred to Police. Employers & Employees still need a degree of separation. An Air Gap. An independent vetting agency.

A leading think tank supports this sentiment: Security clearance overhaul is needed and Dr William A. Stoltz stated that “Establishing a new security vetting capability for the non-government sector is also urgently required.”

But wait …. it gets more complicated than that …

What? Miners now must hunt for spies?

Did you see ASIO’s most recent briefing relating to espionage, foreign interference and sabotage threats in the mining and resources sector?

ASIO considers it critical that sector-level capacity is built up to counter espionage, foreign interference and sabotage threats. They recommend robust personnel security measures to assist in hardening the sector against these threats.

This is very similar to the new legislation that that has come out recently noting that Critical Infrastructure must also hunt for spies through their Risk Management Programs.

It cannot be expected to meet these challenges head on.  Consider what is already happening. Many public submissions in relation to Critical Infrastructure changes called for personnel security to be aligned with the Attorney Generals’ Protective Security Policy Framework. Northrop Grumman submission is worth highlighting here:

Government represents a large element of Australia’s critical infrastructure and must be an exemplar. The Protective Security Policy Framework (PSPF) and the related Information Security Manual (ISM) sets out the requirements for protective security to ensure the secure continuous delivery of government business. The PSPF and ISM also apply to industry providing goods and services for government departments and agencies. If the PSPF and ISM represent Government’s best practice then it should be used to provide guidance for CI [Critical Infrastructure].

The PSPF12, 13, 14 provide an excellent framework for initial, ongoing & separation activities – including the sharing of information with other entities. More than 400,000 people in Australian have already been screened using this methodology. It is by far the most standardised background screening process in Australia. It is now being offered and extended to non-Government employees for the first time.

Also consider the Defence Industry Security Program (DISP). It is a mature Critical Infrastructure sector. The Mining Industry ought to consider it as an exemplar, especially as it relates to personnel security and personnel hazards – even for non-security cleared personnel.

Who are we and what are our qualifications?

As a national security clearance processor for the Commonwealth since 2010, we have processed thousands of Baseline, NV1, NV2 and PV clearances using the PSPF. We are also  DISP Members sponsoring and managing up to TOP SECRET / NV2 clearances. We work alongside AGSVA and other Commonwealth Agencies every day. One of our leaders wrote an article in the Journal of the Australian Institute of Professional Intelligence Officers about the advantages of pre-vetting screening & it is now a reality. We also saw a huge gap in the civilian marketplace for such a service. If 400,000 employees can be screened deeply and fairly – why can’t our civilian population be screened deeply and fairly and fast? Plus, we saw that employers were essentially forced to make decisions just by using ‘black-mark database checks’ without considering the whole-of-person principle (a concept used in the non-discriminatory PSPF). Eg. Two shortlisted candidates – one with a minor police record, one without – all else being equal – give the job to the one who did not have record. That is discriminatory. That’s unfair. That is why the AS4811:2022 now mandates a suitability interview and risk assessment and the AS4811:2022 refers to the PSPF12,13,14. 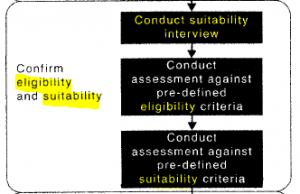 Because of this demand, we developed a B2B civilian suitability clearance that aligns with the PSPF12 and is AS4811:2022 compliant.

For example, our four levels Vetting Interview & Assessments (see what we specifically cover) meets all these concerns and compliant with the Aust Standards 4811 Workforce Screening 2022 which requires identification of risks – counterproductive workplace behaviours, espionage, foreign influences, criminal history (arrests, charges, AVO, DVOs and convictions), data breaches, bankruptcies, drug use, alcohol use, and the list goes on (see the PSPF12 for the seven factor areas).

We are already working with mining industry leaders to provide PSPF suitability assessments – CL0’s and now to develop a new “CL-M – Mining” in response to the inquiry.

We think that an industry led, mining specific “CL-M Mining Suitability Assessment” can answer many if not all of these challenges. It handles the interview with qualified vetting officers / assessors and the suitability assessment analysis and covers the specific risks that the mining industry is facing today and tomorrow – eg. counterproductive workplace behaviour & espionage.

Using our proprietary ‘Stakeholder Assessment Review App’ platform the nine considerations and associated tolerance thresholds are assessed by stakeholders representing peak body working groups, relevant government bodies and employers. The assessment itself is de-identified, so only the essential case details are provided for the panel participants to review. They help to contribute to the  secret sauce decision. It therefore provides a standardised and non-discriminatory result to the employer. The Result ‘green-favourable’, ‘orange-caution’, ‘red-adverse’ affords the employer the power to make its own informed hiring decisions.

Wont this cost too much?

It is relative. It depends on what you place value in. So let’s compare some things.  Some recruitment agencies charge north of “1 month” of the full year wage as a fee – so 8.3%. While other can charge up to 20% of the gross annual remuneration. Just the finder fee only (referral fee) can be as high as $10,000. A basic police check can be done for around $50 from any one of 165  ACIC accredited companies. The Australian Government Security Vetting Agency (AGSVA) charges around $900 for its lowest level (with no ASIO Assessment) to up to nearly $15,000 for its highest level – and takes months for an outcome. Our DIY SAAS product starts as low as $135.20 and the outcome is returned to the client within hours after the interview. So to include this type of external assessment is for the first time, a feasible option.

We believe that it can satisfy the public’s expectation and demand for a nationwide sex-pest register solution but do it in a deep, fair, affordable & fast way.

Reputation Risk is a big deal. 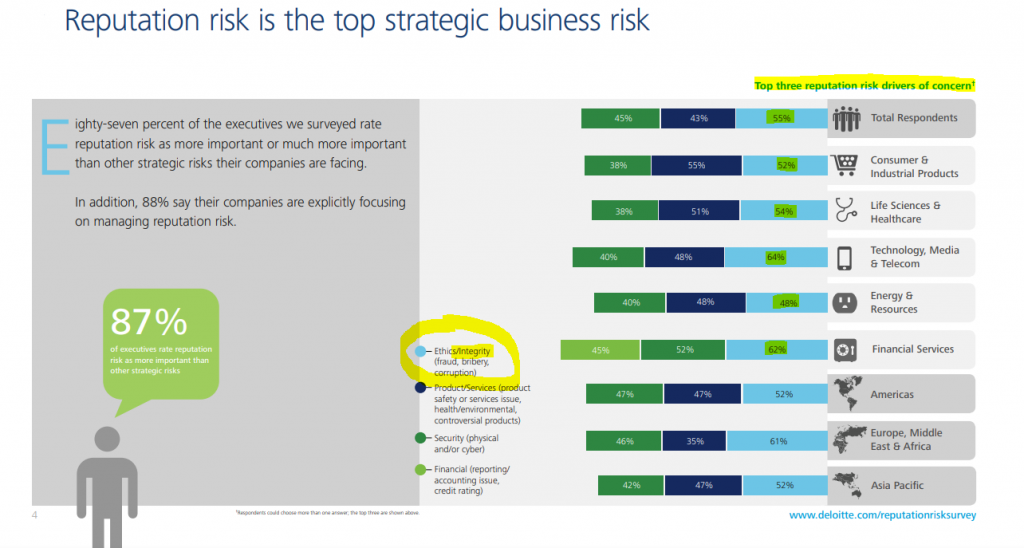 Enough is Enough! Let’s get get to it.

Contact us today to discuss how you can play a part in removing this blight on the mining industry together.

Increase the qualify of your hires by 70% 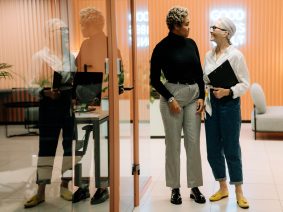 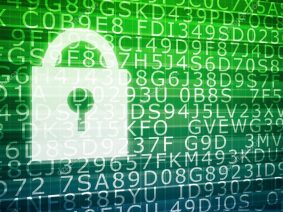 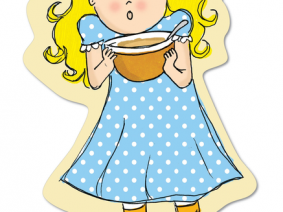 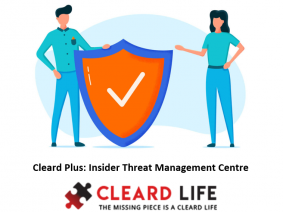 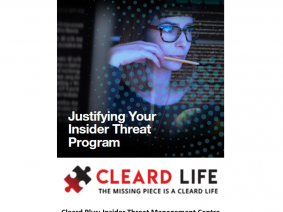 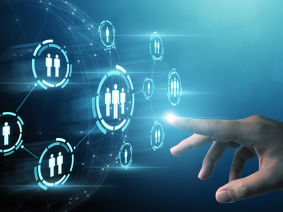